Portland is a city that truly captures the meaning of the word unique. When you drive around here you’ll notice that no two streets look the same, no two houses resemble each other, and more importantly, no two restaurants are alike. And for that reason, we are trying the best vegan eats that Portland has to offer. 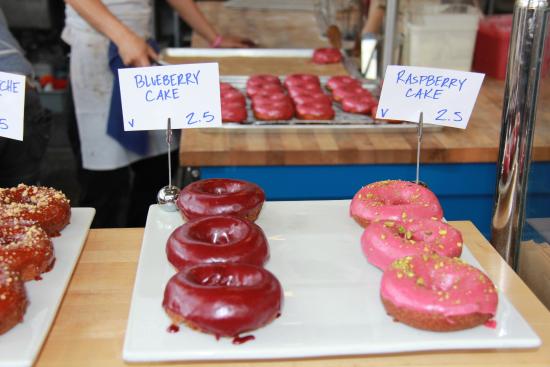 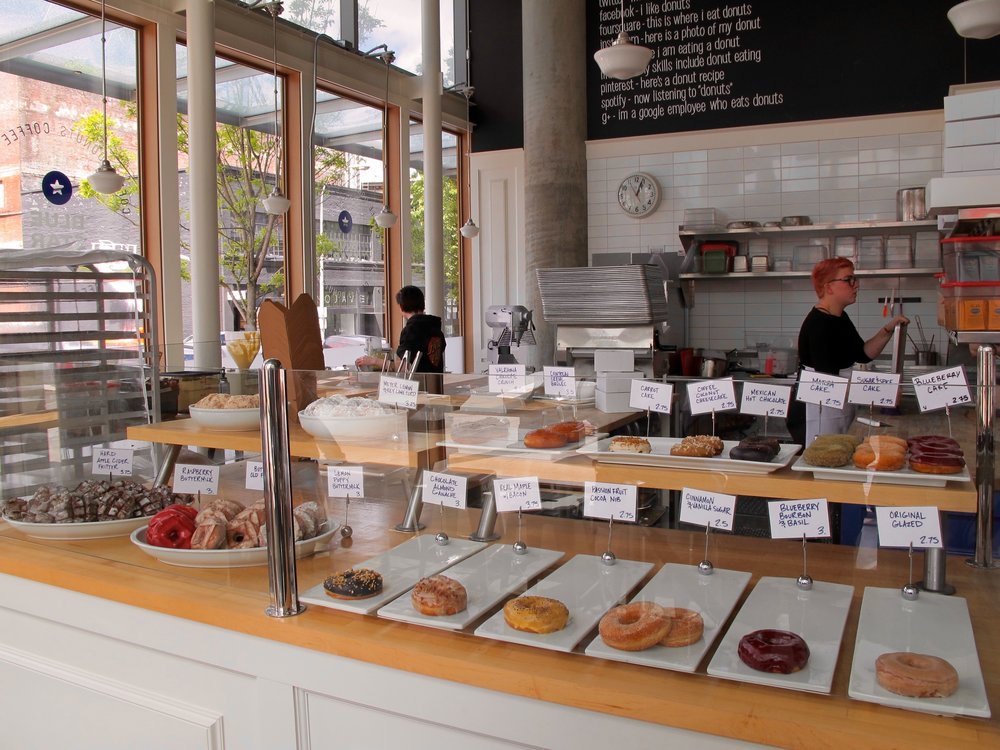 First thing’s first, Portland has some serious bragging rights for the donut shops in this town. The most infamous donut shop in Portland is a little boutique called Voodoo Donuts. It may sound familiar since it has been on many travel/food TV shows. And with creations like cereal topped donuts, Oreo donuts, and a Texas donut the size of six regular donuts, you can get your sugar fix here. The only problem with this donut shop and many others around town is that they are not vegan since they contain milk, butter, and eggs. But don’t worry, I’ve got your donut fix. Blue Star Donuts is a gourmet donut shop found in multiple locations around Portland. This is the only place I found in Portland that even offered vegan donuts up for grabs. And boy was the hefty search for vegan donuts worth it.

What makes these donuts stand out from the rest is that they are made to be a sweet brioche. Now, brioche bread is normally not vegan but this shop uses vegan ingredients to substitute milk, butter, and eggs. I ordered the vegan raspberry donut. The cake portion of the doughnut was the lightest and fluffiest bread-like texture I’ve ever eaten, and the raspberry glazing resembled a fruity compote instead of the typical, overly sugared glaze you find topped on donuts. I recommend going to their location on SE Hawthorne Street for two reasons. One, their other locations closer to downtown often sell out of the donuts, especially on weekends, by noon. Two, SE Hawthorne Street is one of the most eclectic streets in Portland, being a favorite spot for both tourists and locals alike. SE Hawthorne Street is a walkable street with block after block of vintage shops, boutiques, and cafes. What I like most about walking around here is that it truly captures the neighborhood’s indie spirit with a relaxed vibe and eclectic taste. So, make sure after you grab a donut or two that you get a chance to walk around and see what other unique things you might find.

For a late lunch or for dinner, there are a lot of restaurants in Portland that are vegetarian and vegan friendly. Almost every restaurant I went to was very accommodating to my diet since vegetarianism and veganism are popular diets in Portland. The restaurant I recommend going to is Bollywood Theater, which makes you feel like you’ve been transported to the streets of Mumbai with its delectable eats and its larger than life décor. This place is only a couple of blocks away from SE Hawthorne Street, so it’s an easy walk over after you’ve finished shopping and looking around. 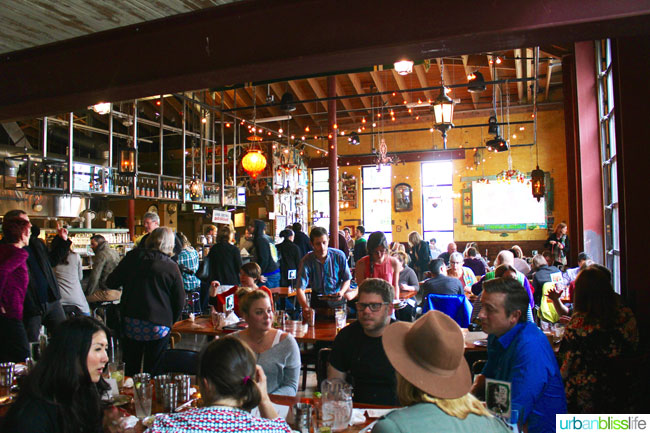 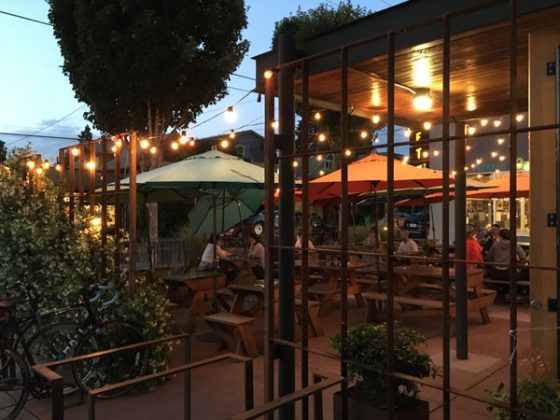 You can choose to eat either inside the transformed garage or you can sit outside on the patio lit with twinkling lights on a nice, warm night. But, if you are interested in watching a Bollywood film, the tables and chairs in the restaurant are oriented so they face one of the three walls where screen projectors show the latest Bollywood films. It feels similar to a drive-in theater because one of the restaurant’s walls opens up out onto the patio. I liked sitting inside and listening to the sounds of the film in the background while I ate my food. It served as nice ambience to the food and made me feel like I wasn’t in Portland anymore but instead transported across the globe.With the mismatched souvenir décor, the dishes served on tin plates, colorful murals depicting gods and goddesses, and the bustling noise of people, this restaurant’s eccentricity fits in with Portland’s own eclectic vibe while simultaneously bringing streets of Mumbai to Portland. And like street food, the pricing here is very cheap. 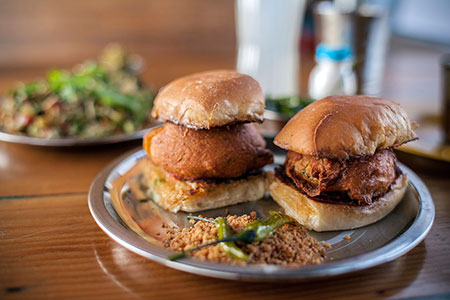 Since this is Indian food, they have a lot of vegetarian options already on the menu, but be careful. A lot of these vegetarian dishes have paneer, a type of cheese, in them. For my appetizer, I began with the Vada Pav, which is an Indian street food veggie burger. The patty is made of boiled mash potatoes, flour batter, oil, and curry spices served on a bread bun. It’s a simple dish, but it ended up being so tasty that I ordered another. And for my main course, served on a tin plate of course, I ordered the potato curry with peas and carrots and a side of jasmine rice. If you like curries, then this is the place to go. They make their curries from scratch with the freshest ingredients shipped from India. If you get a seat at the bar you can watch the chef grind down the ingredients into a homemade curry. And like I said, while you eat you can watch one of the Bollywood films on the screen and enjoy your meal. Afterwards, I recommend visiting Leach Botanical Gardens. It has an enchanting quality about it that makes you feel as if you’ve stepped into The Secret Garden. Not only is it romantic, it truly does have breathtaking views.