If there is one place on Earth that can be called Vegan Mecca or Vegan Heaven that would have to be, hands down, Los Angeles. The city of angels hosts the largest amount of vegan restaurants as well as vegan options at non-vegan restaurants. This post will be divided into two parts since there are so many great finds in this city. So, let’s travel to the land of the stars, get our big sunglasses on, put the convertible top down, and cruise down palm tree lined streets to discover some of the best vegan eats.

When I think of Southern California, the first thing that comes to mind is the authentic and amazing Cali-Mex – good, old Mexican food. But the type of Mexican food found in LA isn’t like anything you’ve tasted before – it is on its own level. So, to begin our LA trip we’ll start with delicious Mexican food that isn’t simply just rice and beans.

For the most authentic Cali-Mex you need to hit up the taco trucks. And guess what? You’re in luck because LA even has an all-vegan taco truck. Plant Food for People is located in LA’s Highland Park and it proudly boasts for being LA’s first and only all-vegan taco truck. Their specialty here are the jackfruit tacos which are marinated and served with lime, radishes, slow-cooked pinto beans, with optional choices of pico de gallo, coleslaw, chipotle mayo, New Mexico hot chile, or tomatillo sauce. 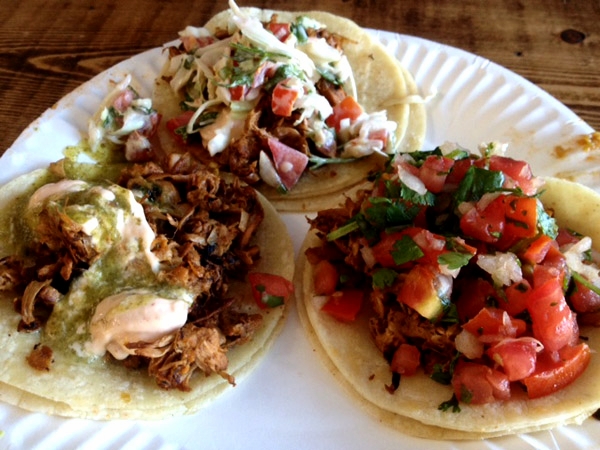 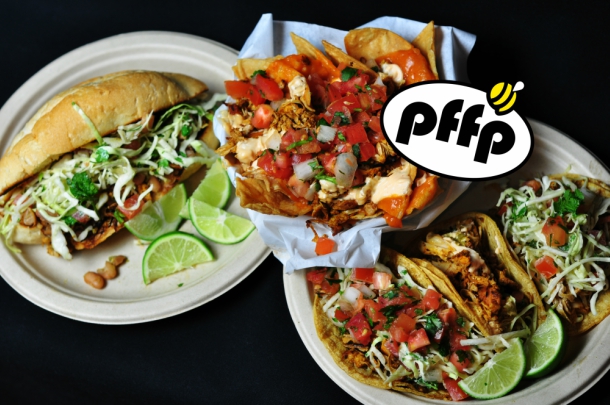 Jackfruit is a unique fruit where it doesn’t taste sweet on its own. And the texture of it resembles the flakiness of fish. So, with the right seasoning, this food truck’s marinated jackfruit has a savory flavor that makes for a good substitute for fish tacos. And the great thing is tacos are $4 each. So, if you’re like me you can mix and match. I also recommend the cheesy potato tacos, and boy are these good! I’m a huge fan of potato tacos (which is a SoCal creation). So when I ordered these bad boys, I was not prepared for how good they are. If you haven’t had potato tacos before then let me break it down for you. These are soft tacos loaded with potatoes and vegan cheese that are then deep fried as a whole and served on a bed of ice-berg lettuce, topped with a cashew crema and tomatillo sauce with pico de gallo sprinkled on top. Just writing about it makes my mouth water. But don’t take my word for it, try it for yourself. And as if it couldn’t get any better, this taco truck also serves tortas (a Mexican sandwich) and nachos.

And while you’re in the Highland Park area make sure to save room for dessert at Donut Friend. A trip to LA is not complete without stopping here. This place has the tastiest, coolest, and craziest vegan donut creations. Don’t believe me? Just look at these flavors. The “S’morissey” is a chocolate donut filled with toasted vegan marshmallows, topped with a chocolate glaze and graham cracker crumbs. It even has its classic donut hole stuffed with a perfectly-torched-ooey-gooey marshmallow. Not feeling the campfire vibe? Need something absolutely crazy? Say no more. The “Srirachosin” is a glazed donut stuffed with peanut butter, strawberry jam, smoky coconut bacon, and drizzled and dotted with sriracha. 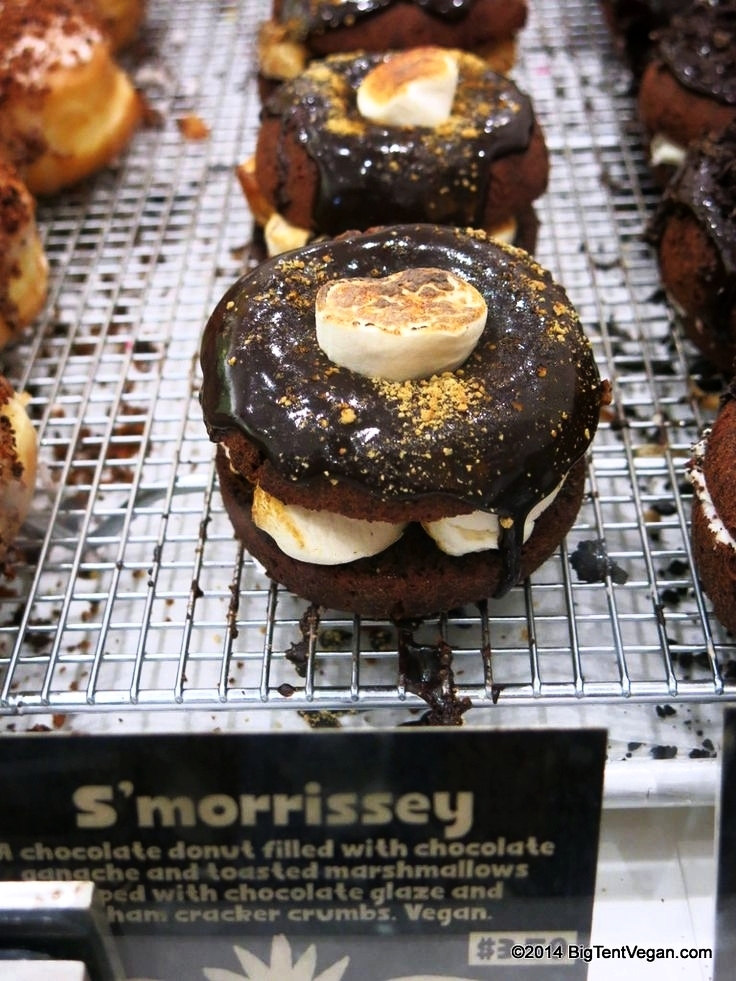 I wasn’t brave enough to try this one. So, instead I had the “Rite of Sprinkles” which is a cake donut with your choice of glaze (I chose strawberry) and topped with colorful rainbow sprinkles. It definitely satisfied my inner 4-year-old-girlie-girl self. Still not your style? Well, what’s cool about this place is you can also make your donut DIY style. You can choose from a huge selection of possible fillings, glazes, and toppings. A savory donut? Sure. A MacDaddy sweet donut to even give the Tooth Fairy a toothache? Duh, of course. So, grab a friend and head over to Donut Friend and take some pics of those adorable donut creations of yours and post them to Instagram. #Donutgoals

Part 2 will have more vegan restaurants that will cover a Vegan In-N-Out burger joint and an all-vegan sushi restaurant. So, stay tuned to read more of the amazing places to eat in LA. But until then, if you are digging the Cali-Mex food, here are some other vegan Mexican restaurants to explore.

Places to See in Highland Park:

Photos courtesy of Kylina Matteoli and Plant Food for People