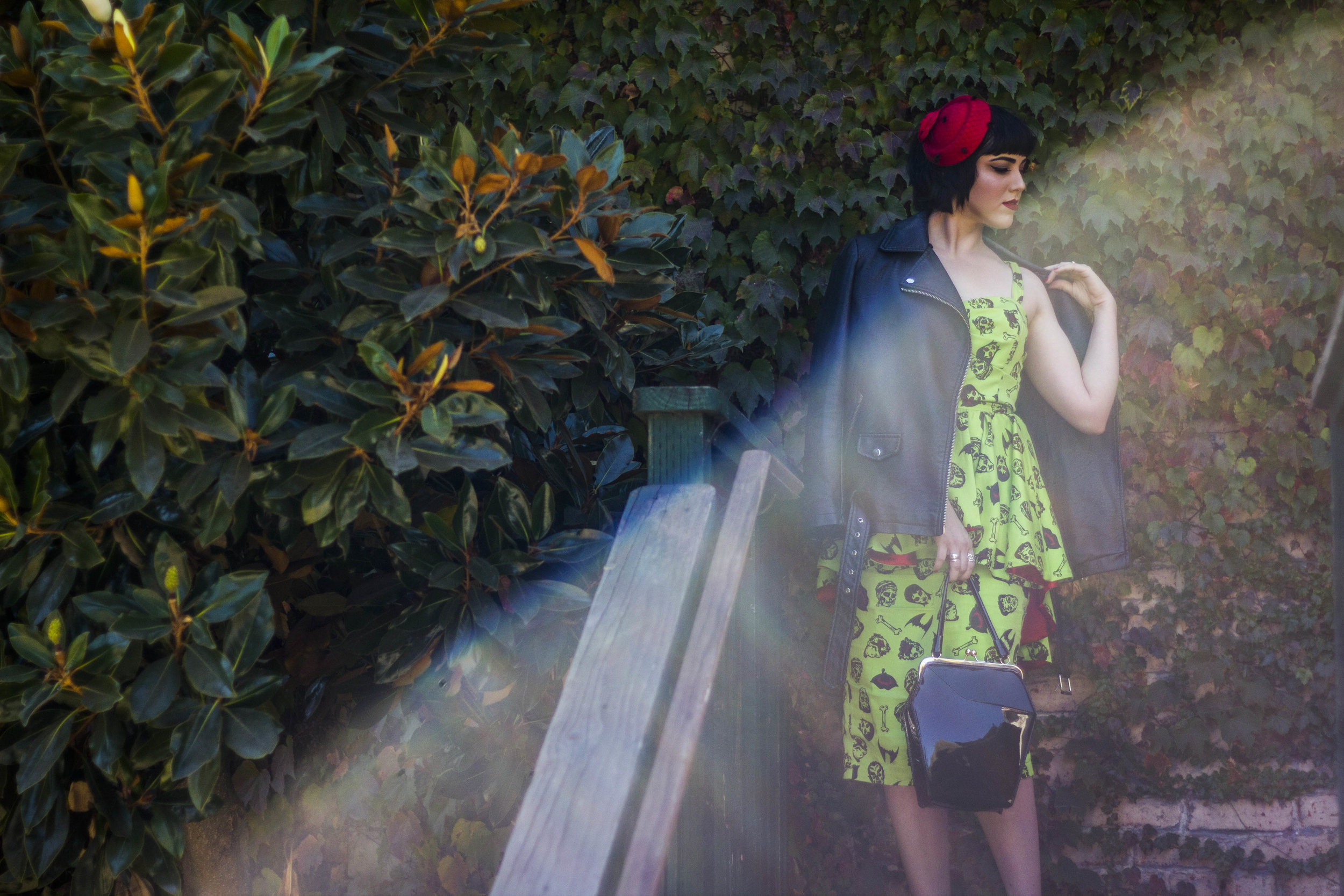 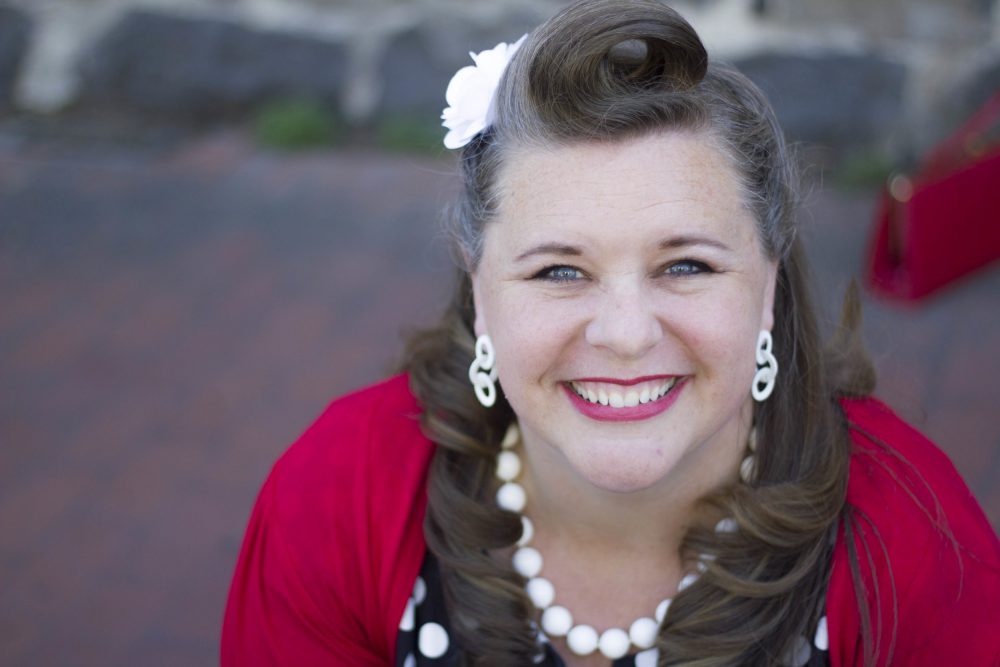 Expressions: showcasing women and men who express their inner self through their style. 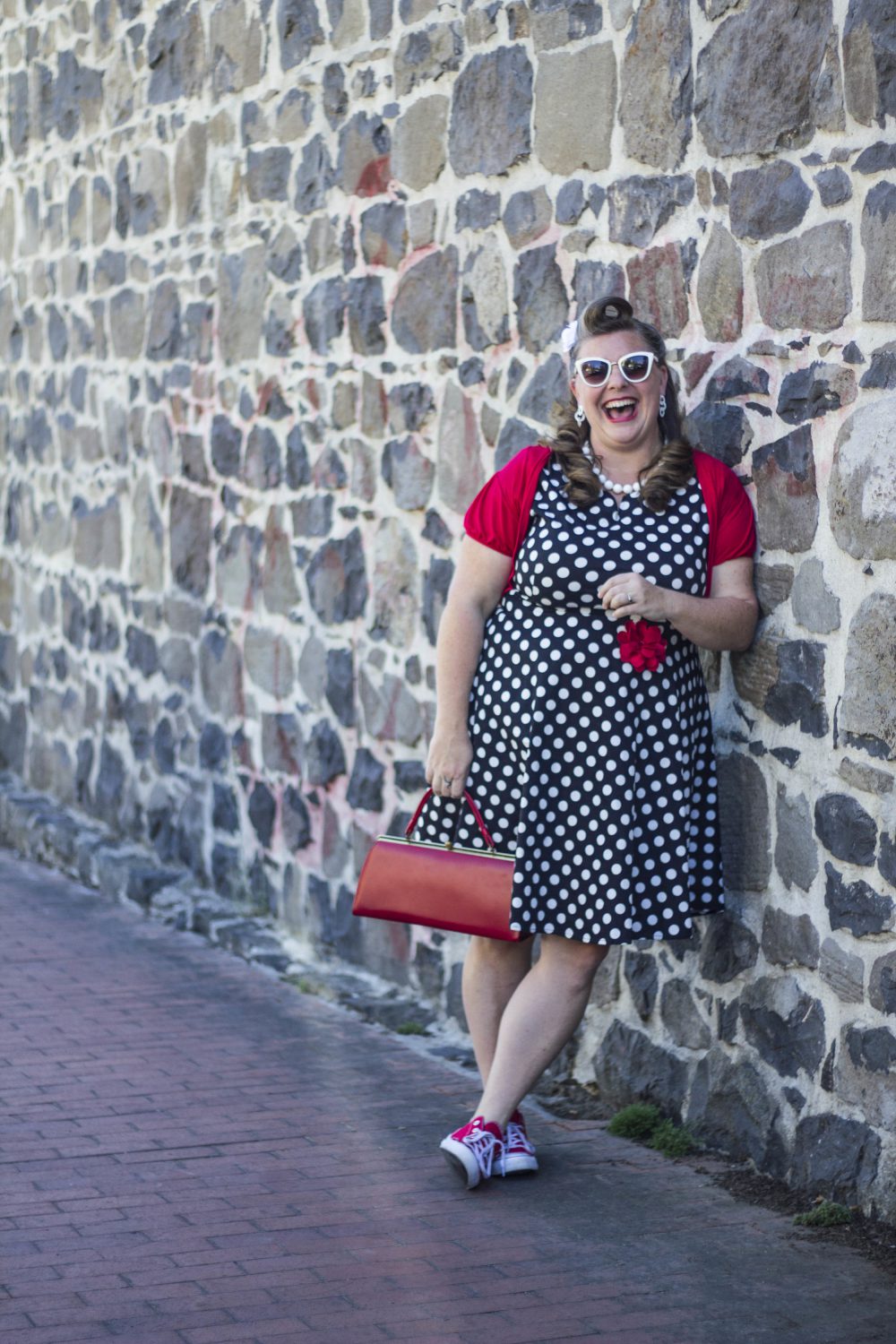 Can you tell us your name and what you do, and something you love about what you do?

My name is Angela Lam, I’m a pastor and I love it because it’s the best job I know for touching people’s hearts. As a kid I was always drawn to the underdog and the left-out kid – I just wanted people to feel LOVED and accepted – as a pastor I get an outlet for expressing unconditional love to a larger-than-normal group of people, and a place to influence a large group of people to do the same in our community. I can’t imagine a better job. 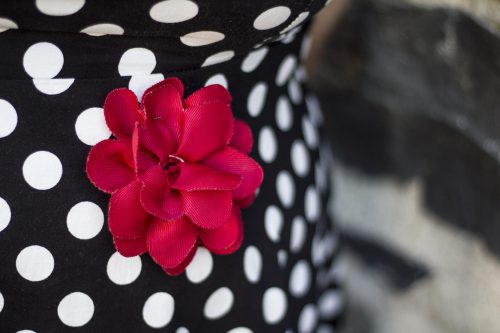 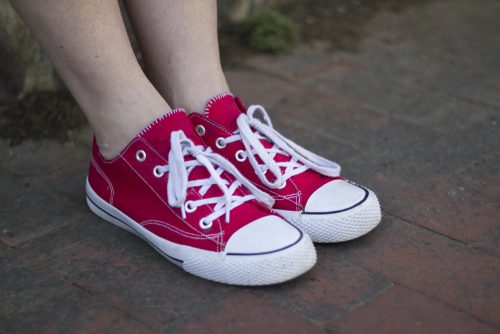 What do you love about your style?

I love that after years of hiding behind socially-normal clothing, that now my “outsides” finally get to match my “insides”. Every day my clothing is an expression of who I am, how I’m feeling, and it means a lot to me to not be hiding anymore. Interestingly enough, now that I let my outside reflect my insides, strangers talk to me so much more. My insides are friendly and chatty and socially gutsy and once my clothing started to reflect that, people just started striking up conversation with me in public places and it’s my second favorite perk to having my particular style. 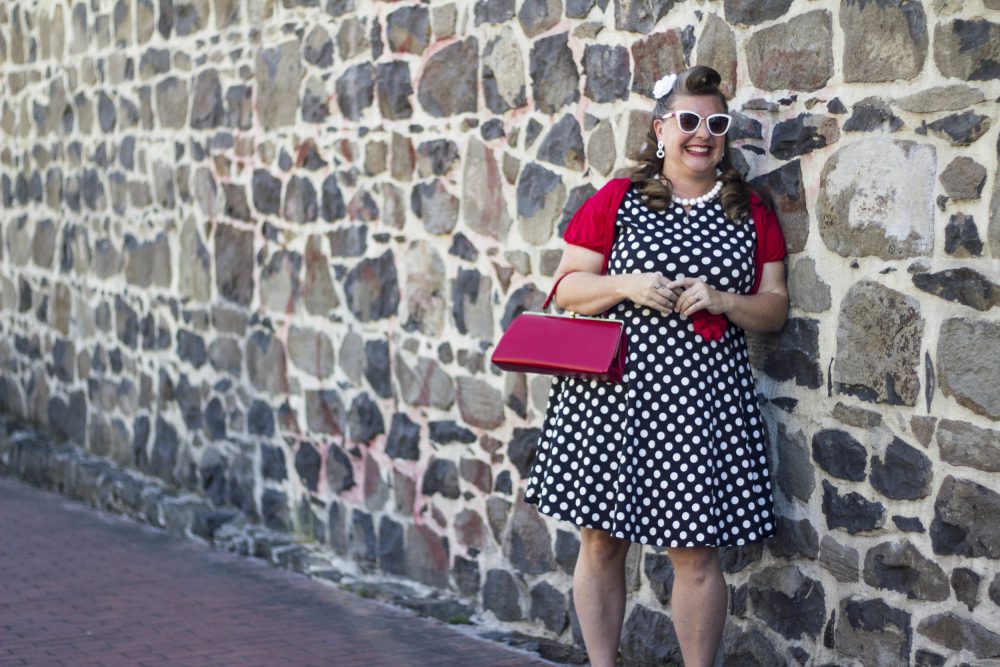 Why did you pick the outfit you are wearing in this photo shoot?

Because it was the outfit I used to dream about wearing back when I wasn’t confident enough to dress my own way. Polka dots. Not just any polka dots: big, brash, bold, can’t-miss-’em polka dots. It means the world to me to have the confidence to dress the way I like, but having my photo taken was so far out of my comfort zone that I was tempted to hide again (or at least mute things down a little). I wore this outfit to remind me that I like being me (the unfiltered, unmuted version) no matter where I am and that having my picture taken might be hard, but the only thing worse than doing hard things is doing them while hiding. My clothes give me natural accountability to accept myself. 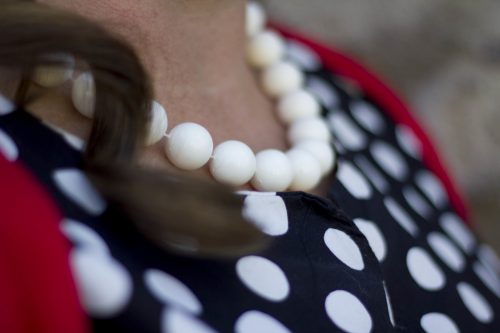 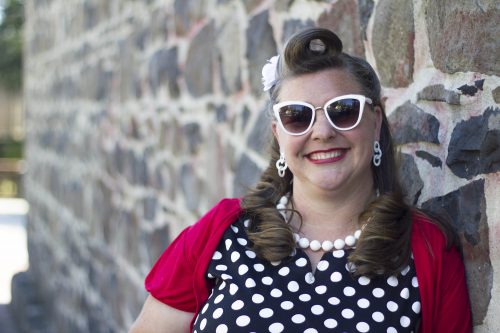 How does this outfit represent you?

To me this outfit speaks of a friendly confidence – you can’t miss that that girl has guts, but she’s not intimidating, she’s likely fairly fun! It speaks to an independent mind, a creative spirit, a sense of adventure, an attention to detail and yet not someone that takes themselves too seriously. And history…history tells us so much about ourselves and I love to honor it. My clothes might be reproductions, but my home is filled with truly old things that remind me of my heritage, the legacy I will leave, and the beauty that is the innovation of the human spirit. Since history is such a big piece of my worldview, I like that my clothing represents that as well. 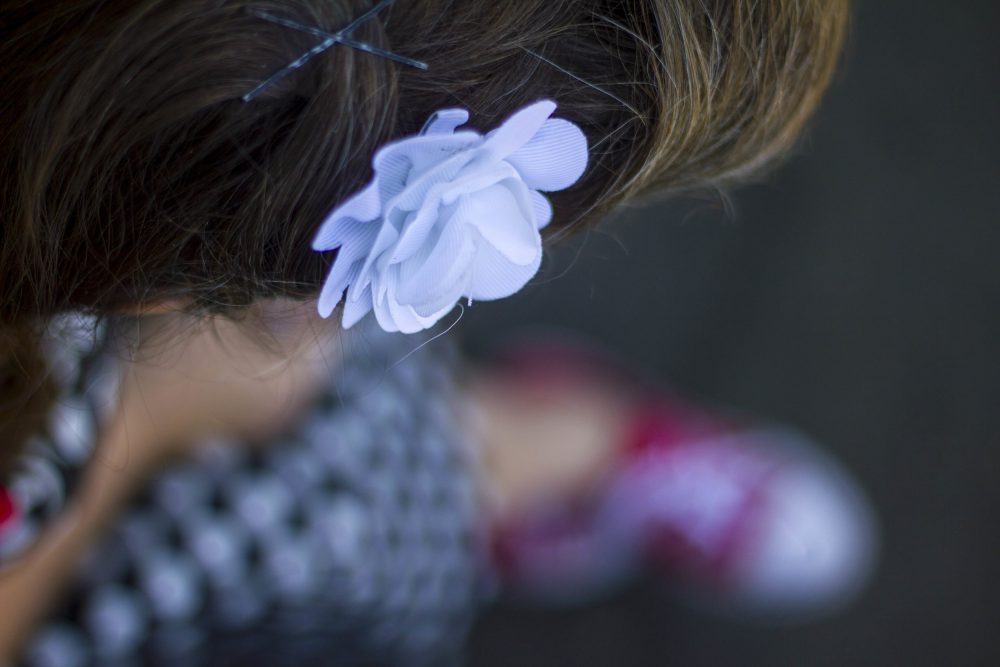 What is your favorite part of getting dressed in the morning?

Not dreading it. I used to groan about having to pick an outfit out and I didn’t realize because it was a daily violation of me…who wants to select the clothing they will hide in that day?!? So the fact that every morning I have a 5-minute creative jam session is a phenomenal way to start the day. Setting the right tone for that day using my clothes, shoes, hair and accessories to create a look is a creative outlet for me. It is also a part of my mental preparation for each day: asking myself how I’m feeling, what I’m facing that day & what clothing will help me face that with my best self. Sometimes having selected that certain pair of underwear is the difference between walking into a tough conversation with inner strength or cowering. 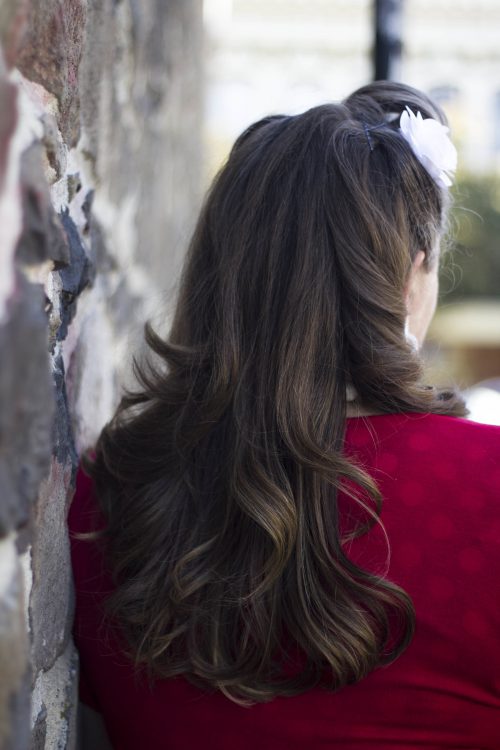 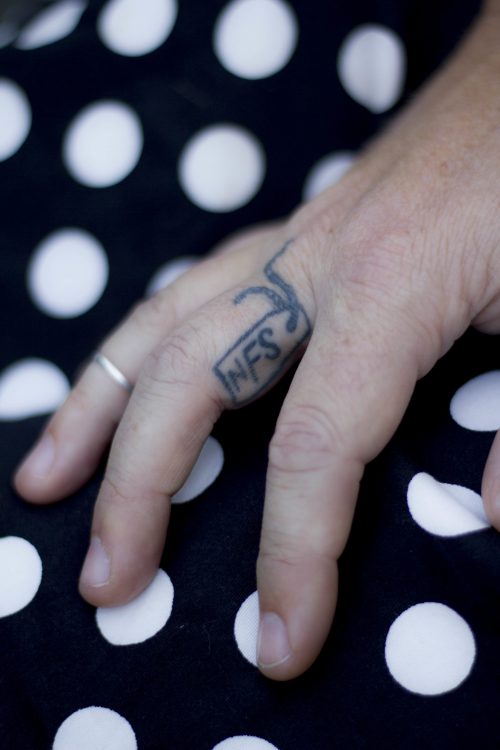 What advice could you give to someone who wants to express themselves more through their fashion?

Baby step it. I thought I could ‘never’ dress the way I do and be taken seriously or be accepted or _______. But my counselor (yes, it took counseling) challenged me to just experiment: wear just one accessory that reflected my style, or wear an outfit for a day but just around my home, or wear an outfit out on an errand, etc…I was so scared to be myself after all those years of hiding that I would never have gotten around to the ‘someday’ if I hadn’t baby stepped it.

What’s amazing was that after the first baby step, I was so affected by how I felt that I was addicted. I literally never went another day after that without SOMETHING on my person that reflected me. And when I followed my own pacing of baby steps I didn’t realize how quickly I was progressing! Within just a couple of months, I was doing whole outfits every day because that’s what felt right. It wasn’t until I started coming out of hiding that I realized how much I had been hiding and how much I hated it. To me, it felt like a lot of courage and energy to begin expressing myself in this way, but I didn’t realize how it was going to empower me or just how much energy was being drained by hiding.

It’s the total opposite to me now: it takes way more effort to consider going back into hiding than to figure out how I’m going to express myself today. I imagine I’m not alone in this…the pressure is immense to blend in. But if you WANT to start feeling more like yourself, then give yourself permission to find one thing every day that lets you do it. Heck, start with your secret underwear! You deserve it! If you won’t be you, who else will show us the awesomeness that is uniquely you?!? To that end then: WE deserve you. So if you want to, baby step it! Whatever it is that you are, geek out on it and own it…one accessory at a time. 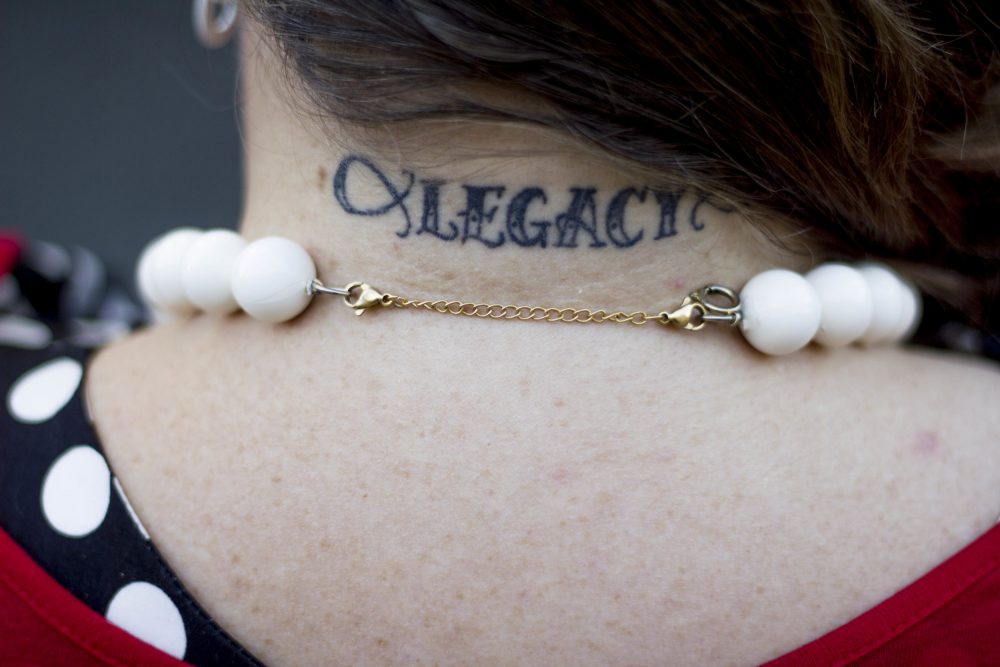 Is there anything else you would like to add?

There are days that I can feel the world is not ready for me. Our society struggles to embrace a complete & varied picture of woman. It’s not just men, the whole of our culture is tempted to put women into a few archetype boxes. So there are days that I can just FEEL I am too much. For the longest time I thought that was because something was seriously off about me, but now I’ve realized it’s because I don’t fit into any of those boxes that are prescribed. I literally AM too much for those boxes. Being ill-suited for those boxes makes it hard to be myself and some days I am tempted to say it’s just not worth it.

But every one of us knows a beautiful & varied young girl who doesn’t fit in those boxes, but she hasn’t yet learned to play the hiding game. On the days I’m not sure it’s worth it for me, I do it for her. I do it for you – the one reading this article wishing to express themselves more boldly. Sometimes it’s not worth it to do it JUST for me, but it’s worth it when I consider the barriers I might break down so that others are more free to accept themselves as-is. So find a way to like you no matter what someone else might think, baby step it to let your outsides better reflect your insides, and on the day when you’re having trouble screwing your courage to the sticking place…do it for ‘her’. 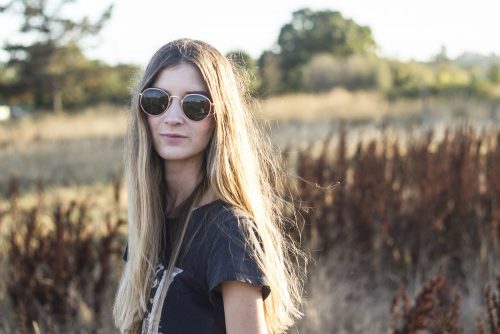 My name is Jana Contreras. I am a photographer located in Northern California. I love what I do because I get to capture different love stories every week and tell a story that is so unique each time. 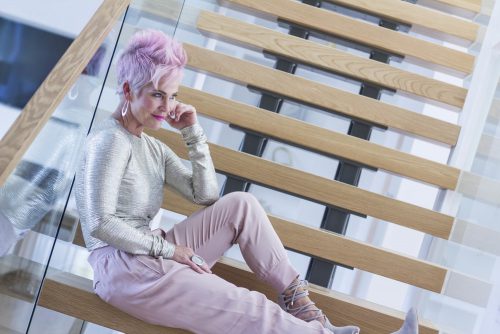 My name is Shauna and I’m a mother to three sons, grandma to seven beautiful little people, and a Style Influencer. I LOVE being able to help women feel more confident and beautiful… 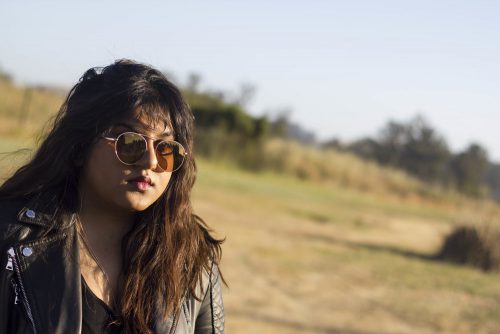 My name is Janice and I am the service/creative director at Discovery Church in Rohnert Park, California and also part of the wonderful team at Trendeing.com! There are a lot of things that I love about… 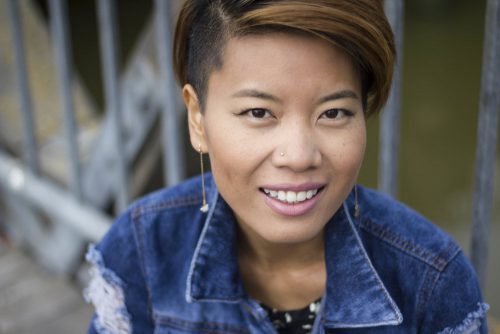 My name is Anh Dao and I am a fourth grade teacher. I’ve been a teacher for eight years now. What I love about my job is being able to interact with students, families, and being a part… 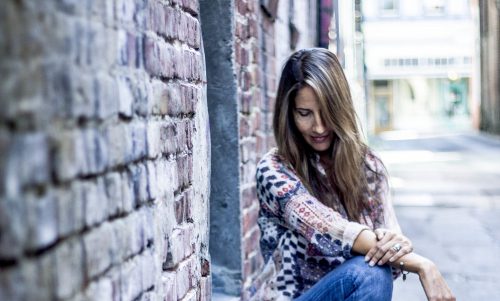 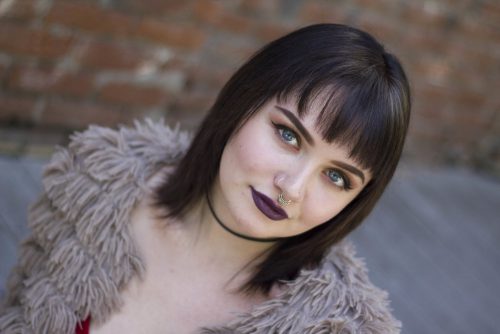 My name is Hannah Rose Pribyl and I’m studying to be an esthetician at Lytles Beauty college. There isn’t anything I don’t love about it… 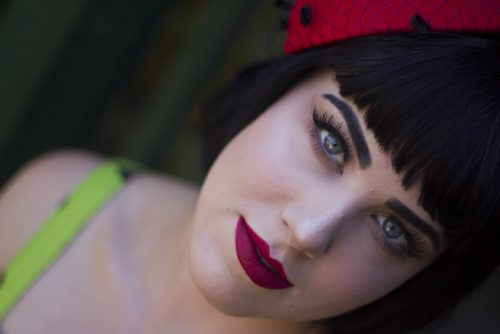 Hello! My name is Mary-Madison Baldo, and I am a true workaholicー when I’m not teaching preschool during the weekdays and working at a vintage hat shop during the weekends…